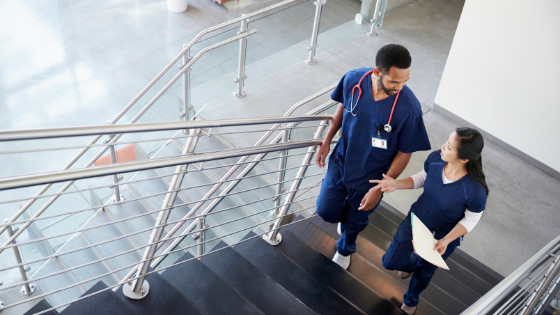 Scientist predicted that there will likely be a 90% chance that the warmest climate weather on record will occur due to El-Nino events which are due to climatic changes and man-made global warming as well as stated by the climate prediction centre stated by Climate Prediction Center at the National Oceanic and Atmospheric Administration [NOAA] (Schmidt, 2018). The extreme hot weathers will significantly influence weather changes, strong floods, flash storms, drought seasons, wildfires and heat wave throughout the year.  The effect of El Nino is different from different regions affecting both temperatures and rainfall; the presence of extraordinary warm water events tended to make the surface water temperatures higher in the large-scale Pacific Ocean and the prevailing high temperatures are higher than the normal high temperatures bringing heat waves, droughts and famine during the hotter than normal conditions. Whereas at some other wet and cool areas, the prevailing low temperatures caused floods, heavy rains, mudslides and slope failures. These extreme climate change will happen in Asian countries and across central equatorial Pacific. The natural climate change and the human-made global warming of El-Nino and La Nina, the opposite of El-Nino, have a serious impact and caused a multitude of problems faced by the countries as mentioned below:

Drought seasons usually occur in eastern countries especially in Asia such as Thailand, Malaysia, Indonesia, Cambodia, Vietnam, Philippines, etc. Most of the Asian countries practised paddy field farming to produce rice for the region and they have the largest rice production in Asia. However, these fields are very much under threat from the hot and dry weather spells of El-Nino. The hot and dry weather is the major cause of emitting heat in plants and these extreme heat environments will cause plants to lose more water than it should normally be which usually leads to a reduction of the plant growth. However, if any vegetable and fruit crops are exposed to continuous hot climate heat over an extended period of times, the crops become vulnerable and eventually dies. If the El Nino event prolongs, the food security will be compromised and with limited access to water and food, the risk of malnutrition to the population increases as well.

The hot weather and El Nino droughts usually hit most of the Asian countries such as Thailand, Indonesia, Malaysia and Singapore and the region has experienced forest fires outbreaks that caused recurring haze in the air which led to massive public health problems due to inhalation of smokes in the air common to all the affected countries. During the period, a great number of people with breathing problems and lung-related health problems looked up for healthcare facilities almost at the same time. Bird migration and mosquito breeding can bring about pandemic diseases, flu and spread of virus influenza through the countries

Common disease outbreaks such as malaria, dengue fever, yellow fever and cholera can occur on a massive scale if they are not checked and readily controlled. According to studies, the El Nino Southern Oscillation incident has a strong effect of extreme weather changes which cause a high level of dengue fevers in Asian countries such as Indonesia in 1998 (MacDonald, 1957). Nowadays, viruses mutate and become even stronger than previous ones and they can adapt to new surroundings and survive longer.

El-Nino also brought tropical storms in the periods of April/May till June/July each year from the Philippines to China and Japan which had caused catastrophic flooding and hardship to both men, animals and crops of the region. When the storms and flooding subsided, the hot weathers ensued and it created the same human health and diseases which can be controlled if the issues are already planned, addressed and healthcare maintenance is in place. In such crisis after the El-Nino aftermath, the public expects more vaccination in need are readily available and health vigilance needs to be stepped up if a dengue fever outbreak occurred.

The health consequences of El Nino caused increasing health problems of the population and this reduced the access to healthcare facilities to everyone. Sometimes it can lead to a damaged infrastructure of a building that eventually disrupted the health services system. Healthcare facilities play an important role in treating illness and injuries as well as caring the patients’ needs especially after the disasters of climate change and disease outbreak. Therefore, the demand for healthcare facilities increases since more people are vulnerable to health risks. For instance, the extreme weather changes can lead to overwhelming of healthcare emergencies, patients, facility capacity, power supply failure, interruption services and damage facility infrastructure which potentially harm employees and patients’ health. The severe air pollution affects the air quality and heatwave events increase patient visits at healthcare centres. The healthcare centres depend on power supplies and facility services from food delivery, drinkable water, electricity, treatment and waste disposal. The extreme weathers events are expected to cause more wildfires, drought, flooding, typhoon or storm and they might hit healthcare buildings and infrastructure system which will limit the population’s access to essential services after such crisis.

Climate change awareness and extreme weather impact gave people insights to prepare and develop strategies on healthcare system before such an event or crisis occurs. The healthcare industry must prepare for the upgrading of more emergency wards with improving facilities, technology, smooth operation and resilience toward disasters or climate change. The healthcare system also needed acquired guidance for comprehensive adapting strategies. For instance, the healthcare facilities use a large amount of energy supply for operation services on a 24 hour-day basis. Eventually, these healthcare activities lead to environmental degradation which deteriorates the habitat, ecosystem, animal extinction and natural resource depletion such as water, food or energy due to high demand for operation service and health supplies.

Preemptively, the healthcare facility has been analysed to cause more greenhouse effect and thus a preventive healthcare system is designed to emit less gas and less negative impact on the environment. As stated by Australia’s National Adaptation Research Plan, the healthcare facilities must be certain that the supply chain management process is adaptable to climate change and response to emergency situations. The healthcare industry has recommended such strategies to overcome power outages disruption as stated by Hiete et al. Hence, should the adaptation approach in healthcare facility be lacking or ignored to such catastrophes or epic events caused by external environment, the community shall be adversely affected and consequentially suffers.

There are two best practices to overcome and prepare for extreme climate changes.

Therefore, it is important that hospitals have ensured enough supplies for daily operations, space facility emergency water, food and proper storage. Atalian Global Services provides professional facility management in the healthcare industry. We can keep most healthcare facilities running smoothly with satisfied patients and happy employees. We care for your patients’ needs and the healthcare facilities to definitely look inspirational. Atalian offers the best facility management service that is tailored to your specific needs and provides a suited package for you. Contact us for a free consultation! 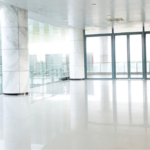